My step-by-step guide to making Easter eggs at home. 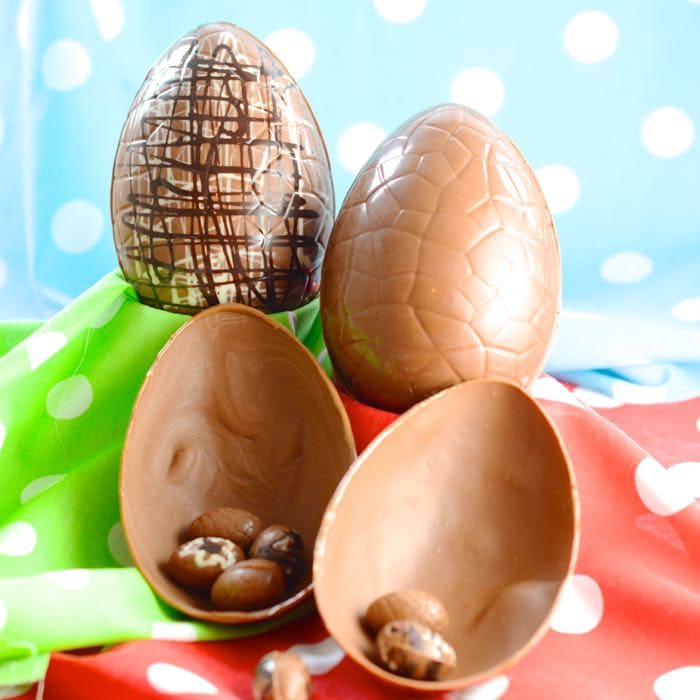 When I was little one of the things I used to love about Easter eggs was cracking them open to see what treat was hidden inside. I’m not normally particularly nostalgic, but having two chocolate bars lined up next to the egg just isn’t the same for me, it takes away some of the excitement (clearly I was relatively easily pleased as a child!).

The solution – to make my own.

Not only does this mean you can fill them with treats, so they rattle nicely on Easter Day, it also means you can choose the treats, make them from your favourite chocolate, and add decoration to the outside to make them really special.

So, what do you need to make your own Easter Eggs?

Good quality chocolate (of course) – I used Lindt for these but I’ve also tried Dr Oetker Fine Cook’s Chocolate and Choceur from Aldi.

I’ve also tried Cadbury’s Dairy Milk, but that doesn’t melt well at all. The ingredients used make it are quite likely to sieze, which is where it goes hard, lumpy and basically unusable.

To make one egg in a 9x14cm mould I use 150g chocolate. However, I prefer to melt a bit more than I really need (as I’d rather have too much than not quite enough and then use the extra to make mini eggs, or let it set and put it away to use again another day).

Something to melt the chocolate in

I’ve been purposely vague here as there are different ways to melt chocolate. I choose to melt mine in a small saucepan directly over a very low heat. However, many websites recommend using a bain marie (chocolate in a bowl over a pan of simmering water). You can also melt chocolate in a microwave, but it’s difficult to control the heat and ensure that the chocolate melts evenly.

If you choose to use a bain marie, then be extremely careful not to get any of the water from the pan into the chocolate, as a single drop can ruin an entire batch of chocolate.

To mix the chocolate in.

A cooking thermometer suitable for chocolate.

I find it easier to temper the chocolate when making Easter eggs (I’ll talk a bit about what this is and the advantages of it a little later). Don’t worry, the name makes it sound technical and complicated and it really isn’t.

I use this Thermospatula from Lakeland, which checks the temperature while you stir the chocolate (and it can be used for lots of other things too).

This is used to melt the edges of the finished egg so you can stick the two sides together.

To temper or not to temper?

As I mentioned before, I prefer to temper my chocolate before making Easter eggs. Tempering chocolate is what gives it a lovely glossy finish and snap when you break it. If you don’t do this your chocolate will end up crumbly and dull-looking.

How to make Easter eggs

If you’re new to tempering chocolate then I’d recommend you take a look at my guide which includes a quick video demonstration showing exactly what you need to do.

And there you have it, your completed egg… 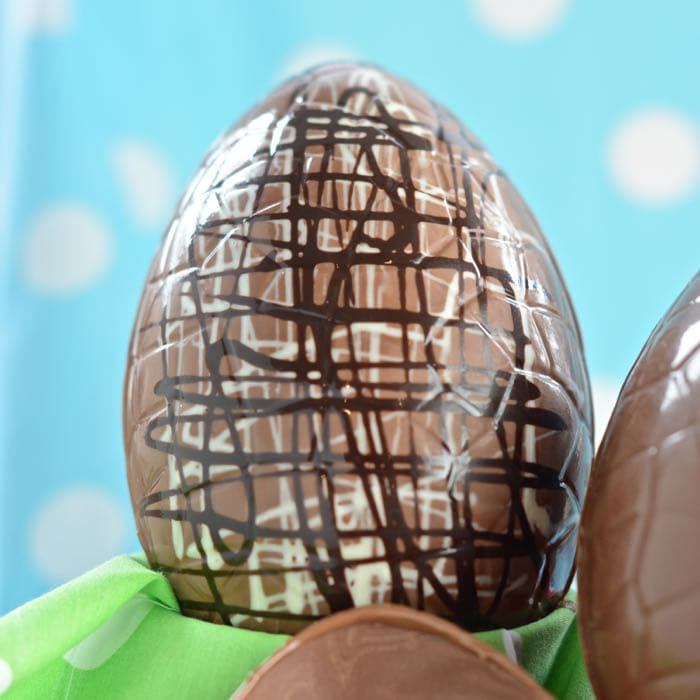 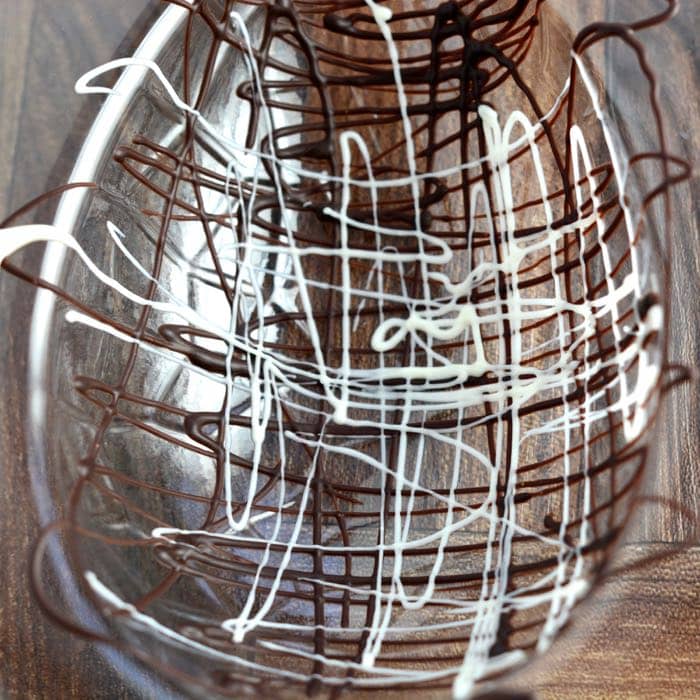 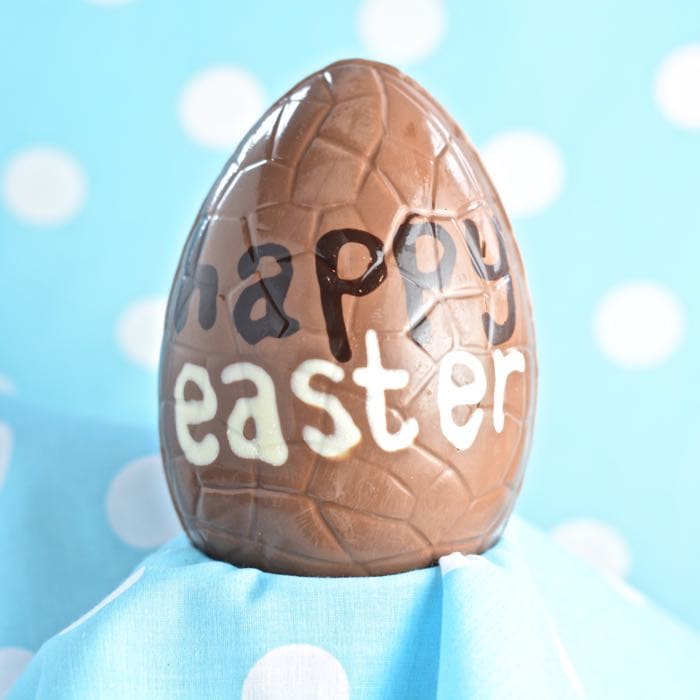 I originally learnt to temper chocolate on an evening course with Oliver Dunn at the Cheshire Cookery School. This was a course I received as a Christmas gift from family, but I wanted to mention it here as it was a fabulous course which I would thoroughly recommend to others wanting to learn the basics of chocolate work. It gave me a great grounding in skills such as tempering chocolate which I’ve since built on.