I love making decorated celebration cakes for my family so I thought I’d create a place to share them with you all. For the most part I make them up as I go along, but for the odd occasion that I think I could explain how to recreate them, I’ve also created a few cake decorating tutorials and useful recipes and I will be continuing to add more in future.

A week before Christmas we had a party for Joshua’s 4th Birthday. It was the first time either of the boys had wanted a “proper” party (with a hall and disco and lots of friends) and believe me trying to get it all booked just before Christmas wasn’t the easiest. This new type of party presented me with a whole new cake challenge. Usually when I bake it’s a case of carefully balancing any bits onto the cake as the furthest they needed to travel was from the kitchen to the lounge, whereas this cake needed to survive a trip in the car. I decided to keep it really simple with most of the design on the side of the cake and chunky letters on top secured in place with cocktail sticks. Josh requested a lorry cake and sat for quite a while pointing at pictures of cakes he liked on Google before spotting something similar to the one I’ve made here which we both agreed would be perfect. The cake underneath is my easy chocolate birthday cake (three layers), which is then covered in a layer of chocolate buttercream and fondant icing. 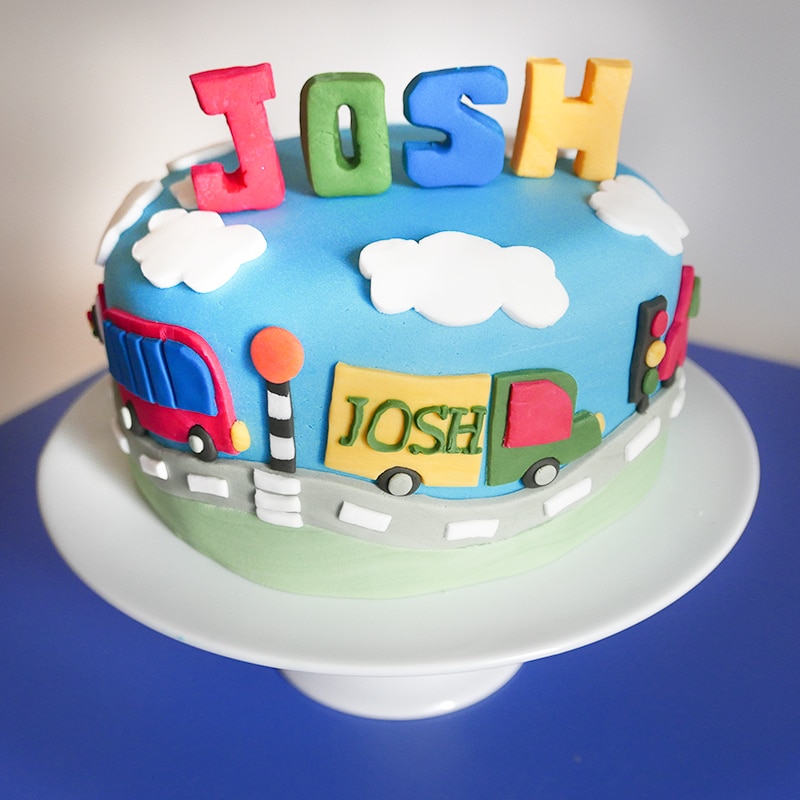 A couple of weeks ago we celebrated Daniel’s 6th birthday and he requested a construction site cake. Not just any construction site cake though, it had to be based on the toy construction site in his school. When he asked for it I had absolutely no idea what it looked like, but fortunately I know the teachers in the school quite well (as I volunteer to read with some of the children once a week) so they didn’t look at me too strangely when I asked if I could see it and take a few pictures. I was a little shocked to discover that it had a 1m high crane, but fortunately I managed to convince him that this wasn’t essential 🙂 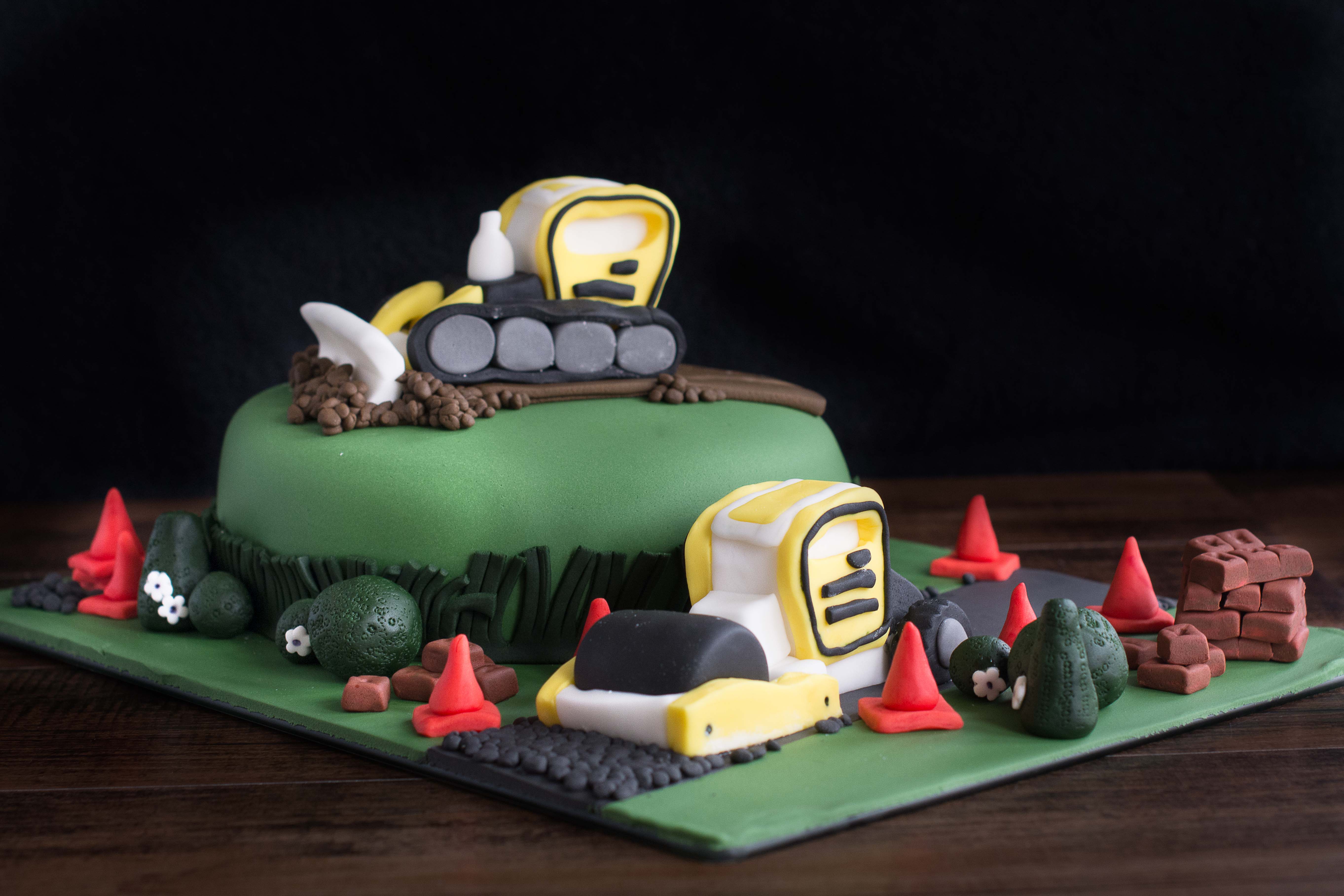 As well as requesting something I’d never seen for the cake, the boys also wanted to help this year. We had great fun making the actual cake, we used my chocolate sponge cake which I designed to be really simple, perfect for getting children involved. I really had to battle my control-freak/perfectionist tendencies when it came to the decoration, I did most of it myself the night before and let them help out with the bushes and flowers. Daniel was brilliant being so careful and trying to make them perfect (so proud of that 🙂 ), whereas Josh liked to squash them as much as possible – they were all added onto the finished cake and I have to admit that it felt even more special for having them involved, I might even let them do a bit more next year. 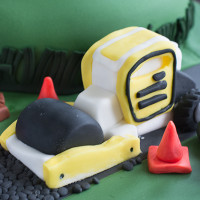 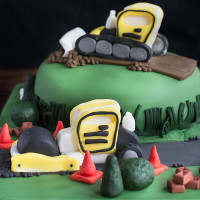 The Three Kings for Christmas 2015 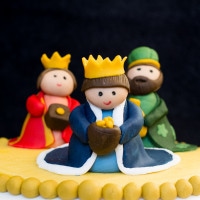 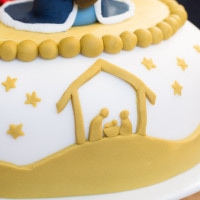 This Car’s cake was for Joshua’s 3rd birthday, he’d had bit of a Disney Cars obsession so it seemed like the obvious choice for his cake. 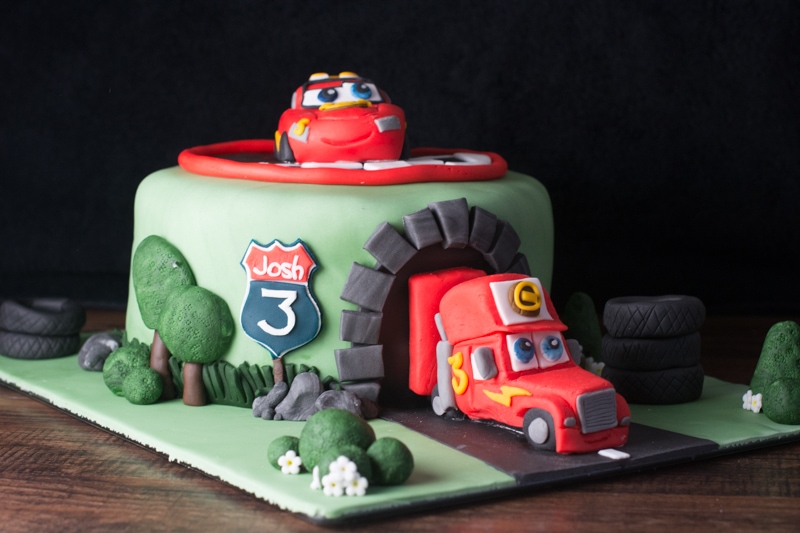 One thing I love about making cakes for the boys is the fact that Daniel likes to pop into the kitchen to critique the cake as I go (I used to try and keep the cake hidden away, but I’ve realised that it either means staying up ridiculously late or shutting myself away in the kitchen for hours when I am supposed to be looking after the boys – neither seemed like a great idea!). His feedback this time included… “the tunnel doesn’t come out the other side” – something which I quickly fixed, and “it’s better than the cake you made for my birthday”. It turns out the reason for this is that it has a tunnel and his didn’t (clearly tunnels are a big deal in the world of a five year old). 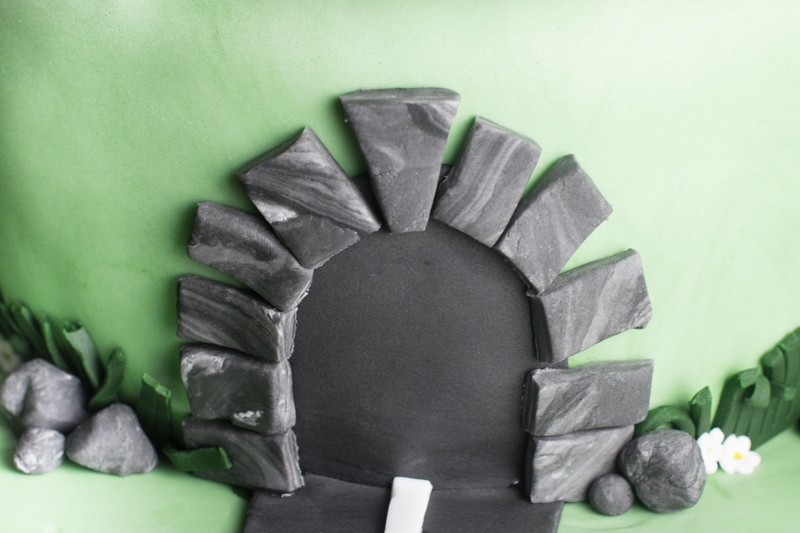 The back of the tunnel – well I couldn’t leave Daniel disappointed could I? 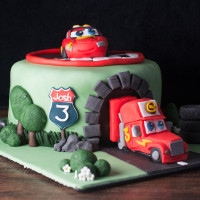 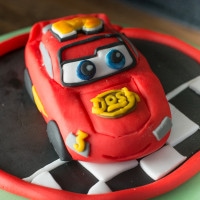 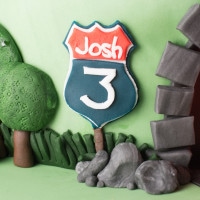 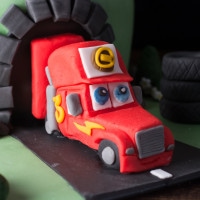 This Octonauts cake was for Daniel’s 5th birthday. I have to say I was really rather proud of this cake, sculpting Octonauts is tricky and I breathed a huge sigh of relief when Josh (who was 2) wandered into the kitchen and recognised them. 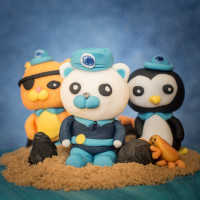 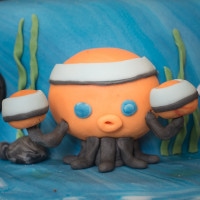 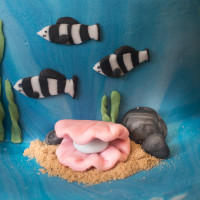 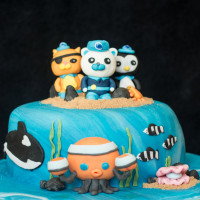 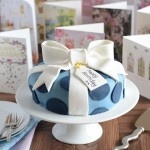 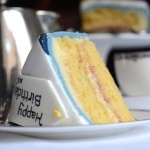 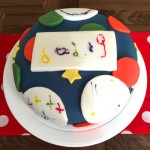 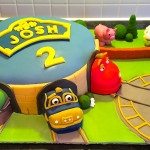 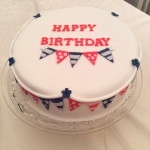 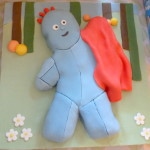 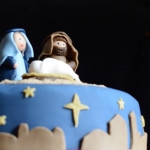 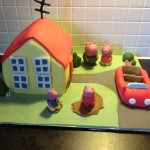