×
Home » Baking & Desserts » (Better than at the Cinema) Sweet Popcorn

How to make sweet popcorn at home that tastes even better than at the cinema, including four different ways to pop your corn. 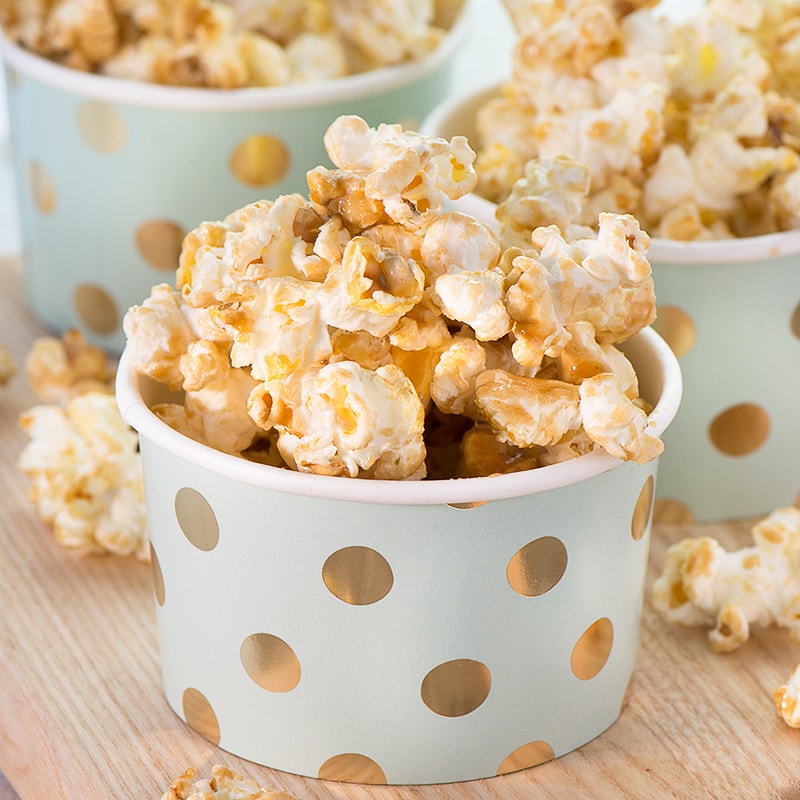 We have a tradition in our house – Sunday film night. It’s something I’d attempted to start when the boys were younger but they never seemed to have a long enough attention span. But as they were got a little older, it’s something we look forward to every week. We subscribe to both Netflix and Amazon Prime and so try to choose things on there if we can.

One big part of family film night is the food. I always make a picnic-style tea which we eat together in the lounge and a big bowl of homemade sweet popcorn for pudding. It’s so simple to make and much cheaper than buying it ready-made. 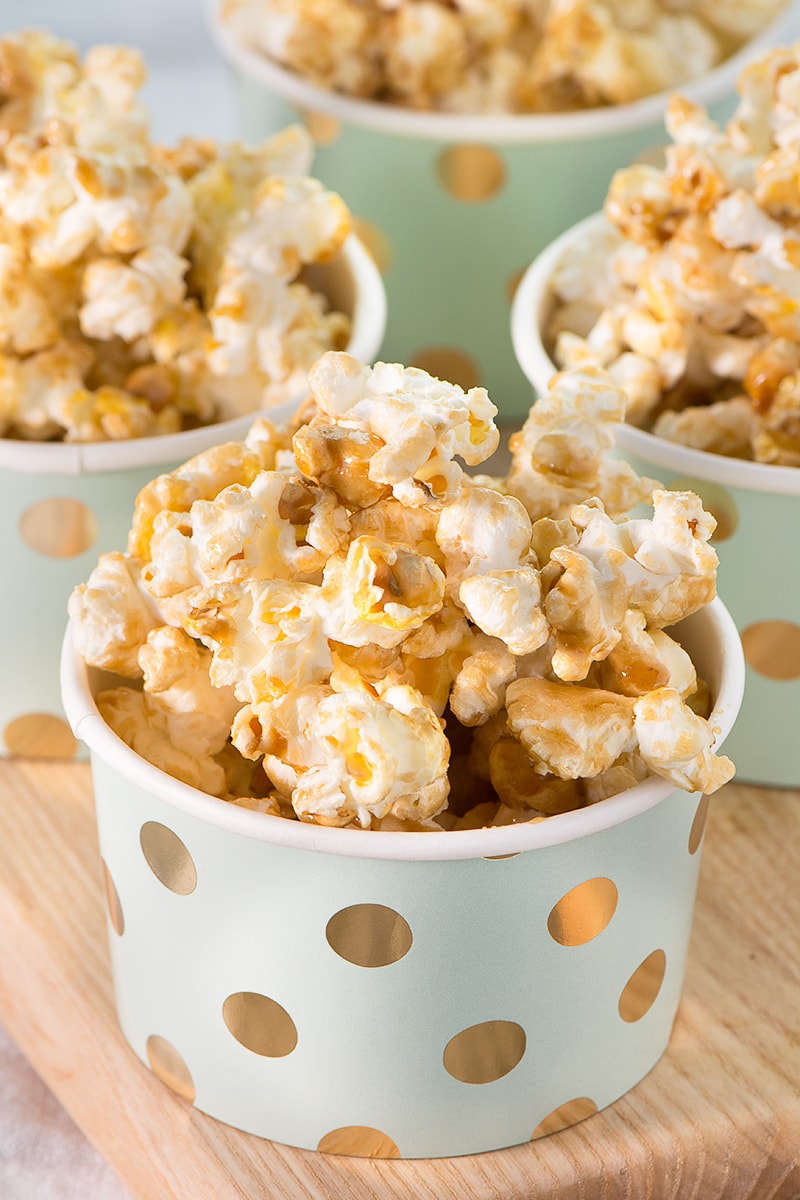 Homemade popcorn is unbelievably simple to make and there’s a few different ways to do it, so hopefully you’ll find a way that works for you. Personally I find that popcorn pops a bit better in the microwave (it can get a bit too dry on the hob) so I’d recommend using 1, 2 or 3 below if you can.

For all of these you’ll need 80g of popping corn for four people (it really doesn’t look like a lot when you first put it in, but it really does grow as it pops). If you’re popping your corn on the hob then you’ll need 1 tsp of oil too (any flavourless oil such as groundnut or vegetable). 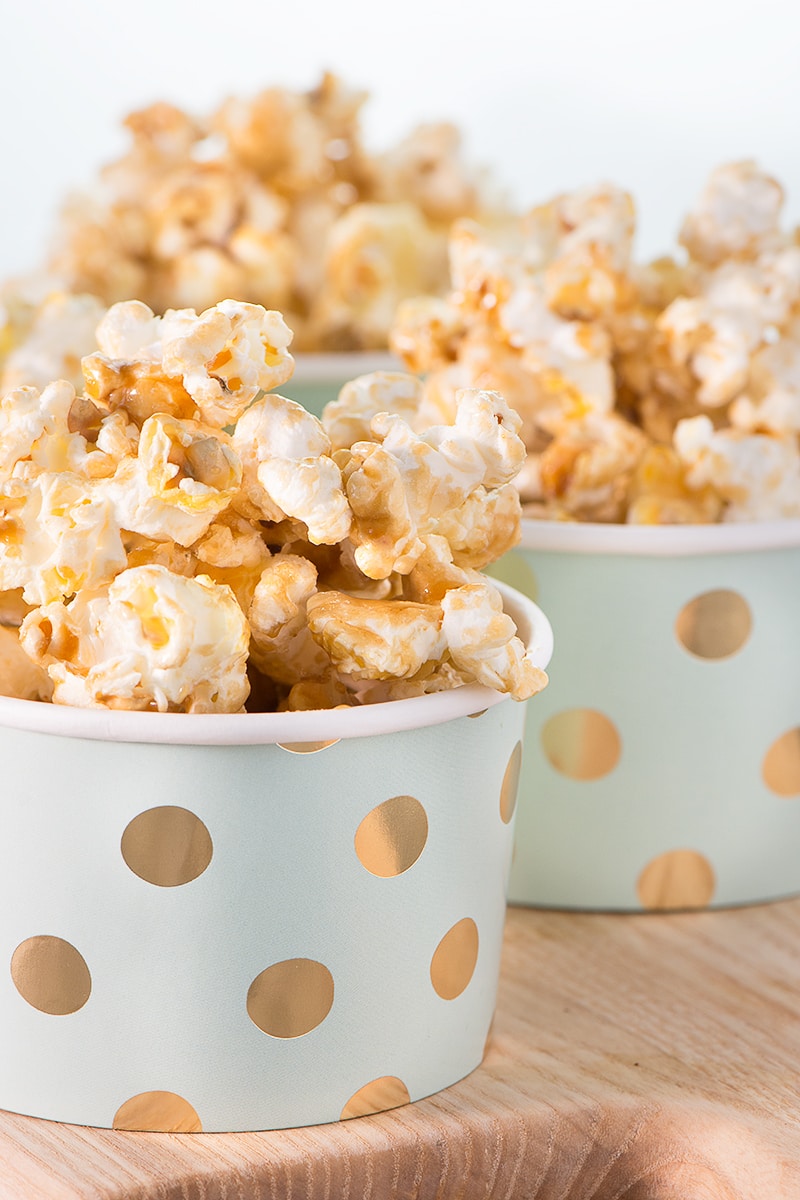 BEFORE YOU START – AN IMPORTANT WARNING

Whichever of these methods you choose it’s very important that you don’t leave your corn unattended while it’s popping. Popcorn has a very low water content which makes it quite flammable. As long as you get it off the heat/turn off the microwave as soon as the popping stops you’ll have no problem. But if you leave it cooking for longer than it needs it can catch fire and believe me, trying to get the smoke smell and stains out of a microwave isn’t the easiest (I sadly know from experience after getting side-tracked recently whilst making popcorn by a tricky game of hide and seek!).

1) In the microwave in a special popcorn bowl

There are quite a few different microwave popcorn bowls available in the shops. I have a Lékué microwave popcorn bowl which I use to pop my corn (and it doubles as a serving bowl too). It’s a flexible bowl (which means it can be squashed down for storage) and a loose lid that allows the popcorn to expand without escaping from the bowl.

If you don’t make popcorn very often then this probably isn’t something you need, but if like us you’re a regular homemade popcorn maker then it’s worth getting.

2) In the microwave in a brown paper bag

If you don’t have a microwave popcorn maker then a paper bag also works well. You’ll want one which is nice and big so your corn has room to pop without escaping.

3) In the microwave in clingfilm covered bowl

If you don’t have a microwave popcorn bowl or a brown paper bag then this way works too (although I have found the odd piece of popcorn escaping using this method).

4) In a large saucepan on the hob

If you prefer you can make your popcorn in a large saucepan (with a lid) on the hob.

In addition to the popping corn you’ll also need 1 tsp oil ( a flavourless oil such as vegetable or groundnut is best). 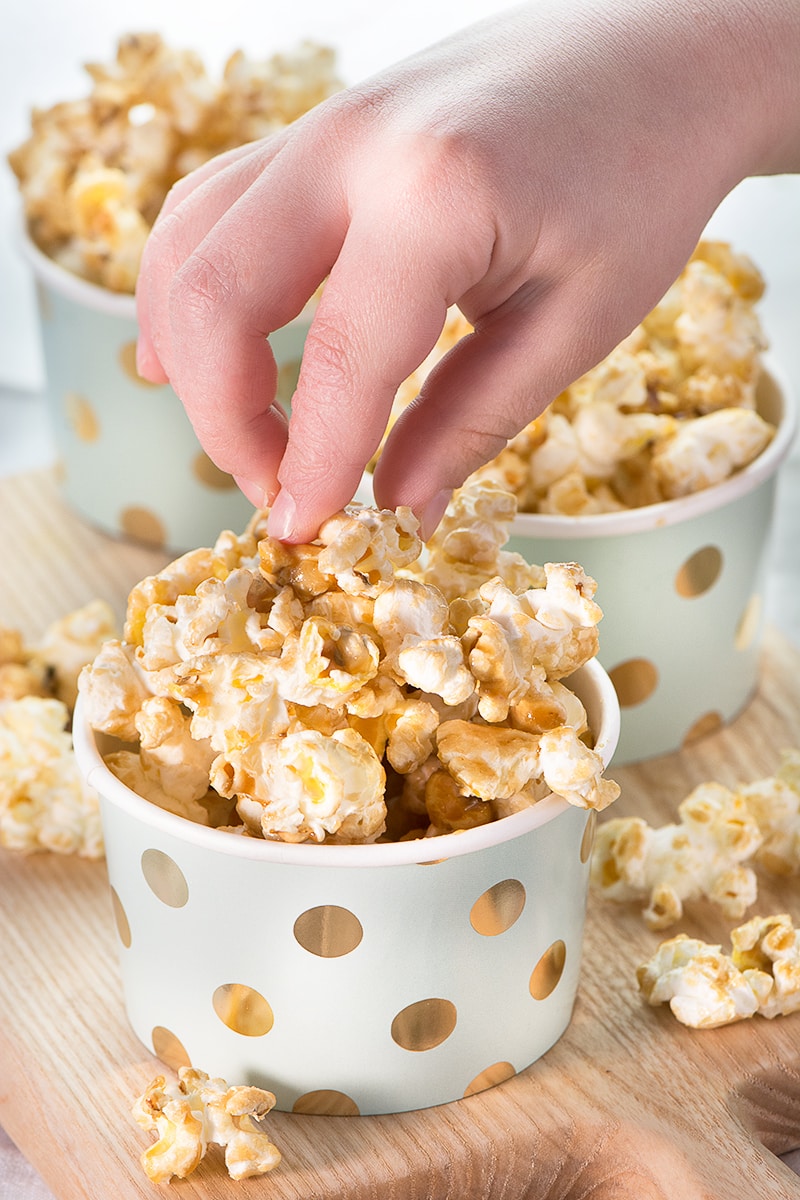 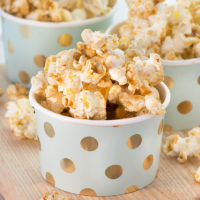 How to make sweet popcorn at home that tastes even better than at the cinema.
4.67 from 24 votes
Print Rate Save Go to Collections
Active Time: 5 minutes
Total Time: 5 minutes
Servings: 4 people
Prevent your screen from going dark

As the popcorn cools it may stick together. It’s easily broken apart with your hands before serving.
WANT TO HEAR ABOUT NEW RECIPES FIRST?SUBSCRIBE to the Charlotte's Lively Kitchen Mailing List 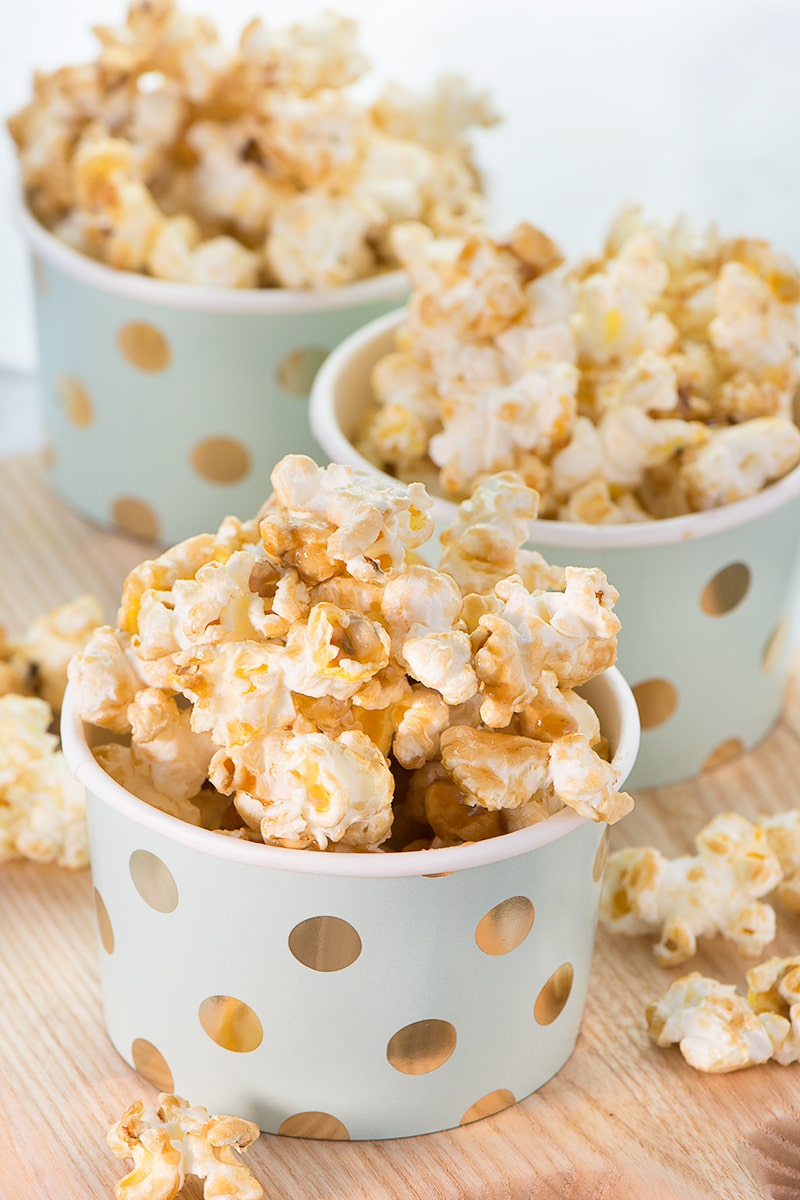 Can be made vegan and diary-free by switching the butter for a dairy-free spread or coconut oil.

The ingredients for this recipe are easily available free from all these allergens. However, please ensure you double-check allergen information for all ingredients.

I’m sharing this recipe with the following challenges… #FreeFromFridays with Le Coin De Mel and Free From Farmhouse and #CookBlogShare with Easy Peasy Foodie.