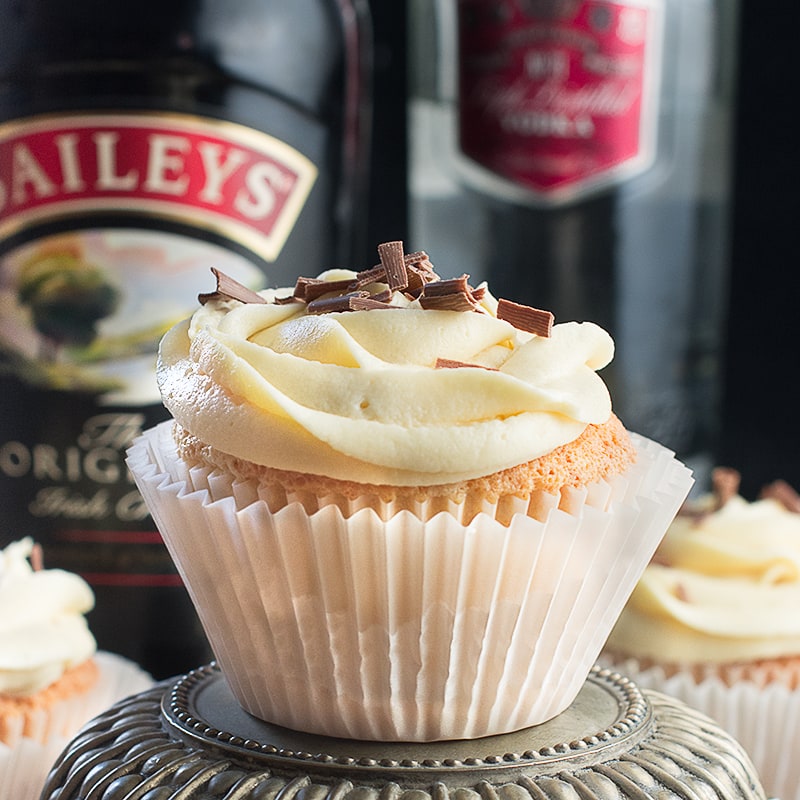 I love creamy cocktails and the White Russian is one of my absolute favourites (really anything with Baileys is a winner in my eyes), so when I was contacted by thebar.com a few weeks ago and invited to create a recipe based on one of their cocktails, it was the obvious choice.

If you’re unfamiliar with the White Russian, it’s made from a mix of Baileys Coffee, Vodka and Cream, topped with a sprinkling of chocolate (you can find the full recipe here). If you’ve not tried one before, then you really should! 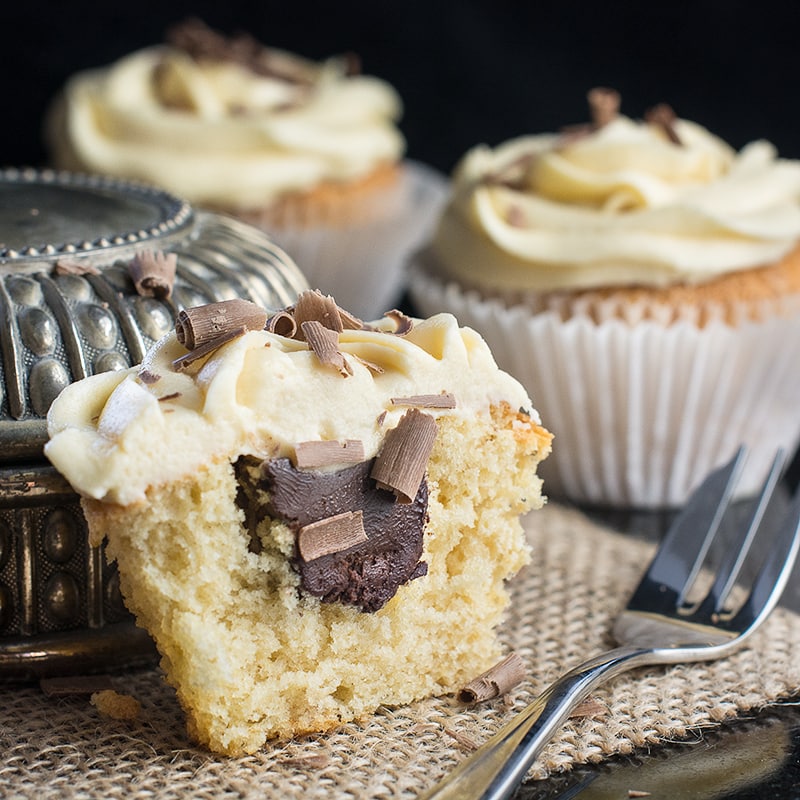 In making these cakes I’ve tried to stay as true to the original cocktail as possible. This means there’s a fair amount of alcohol in them so all the normal alcohol rules apply, don’t eat one if you’re driving!

The cake recipe is a little unusual, in that instead of using butter it uses whipped cream (to which I’ve added some Baileys 🙂 ), they’re then topped with a White Russian buttercream (buttercream flavoured with baileys and vodka). As much as I love creamy cocktails, I also love hidden centres in cupcakes (I struggle to make one without it) so given that White Russians are usually topped with a little grated chocolate, I didn’t think I was straying too far away by adding a dark chocolate and vodka ganache centre. 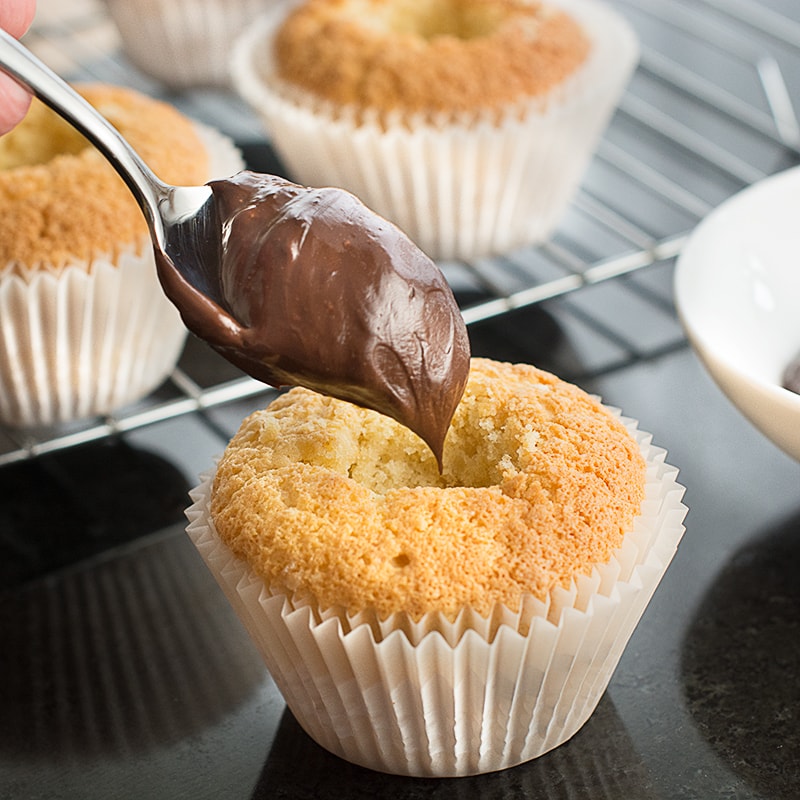 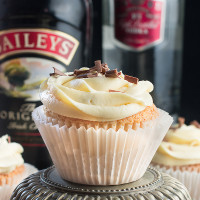 For the White Russian buttercream

For the Vodka Ganache 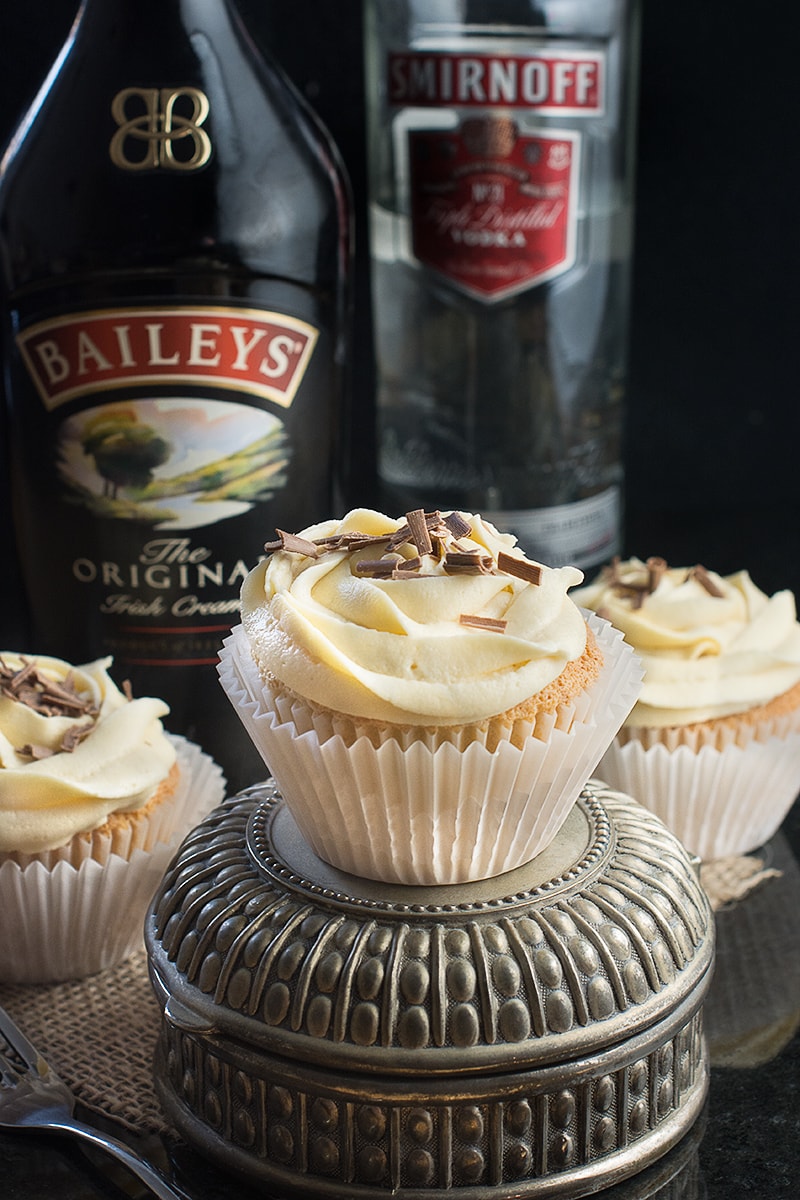 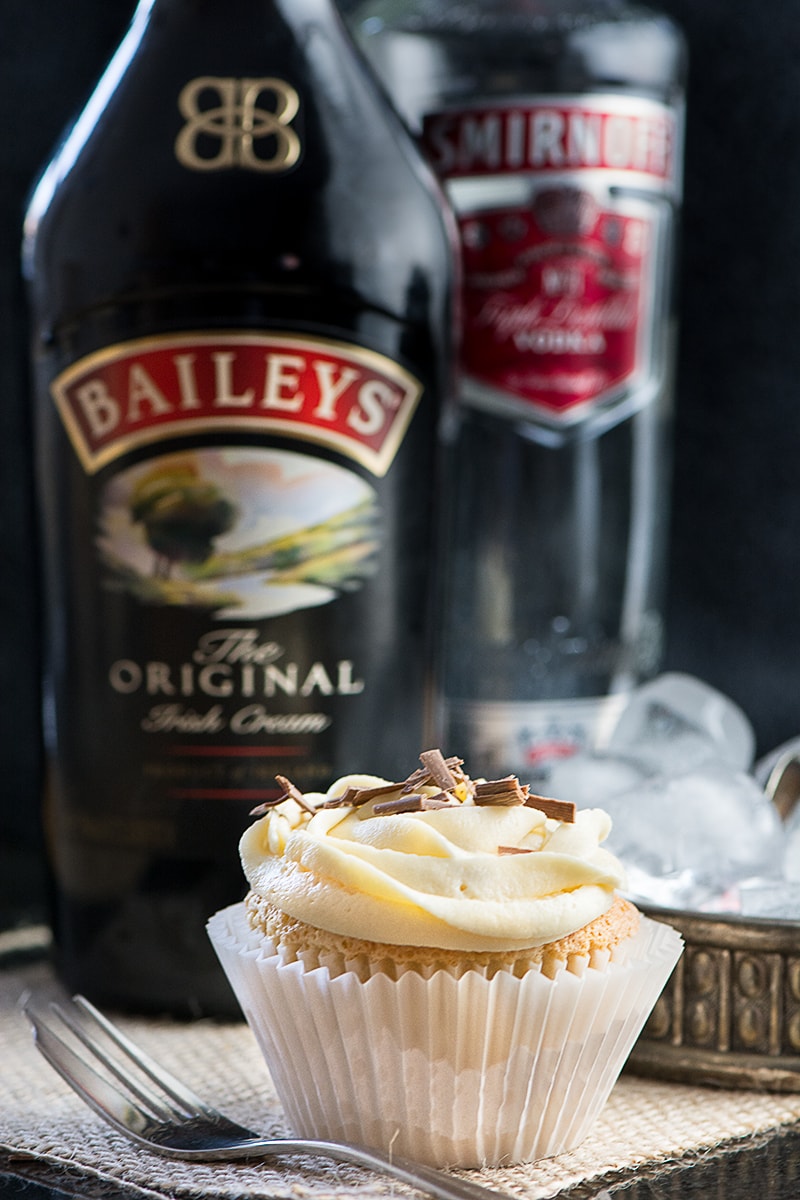