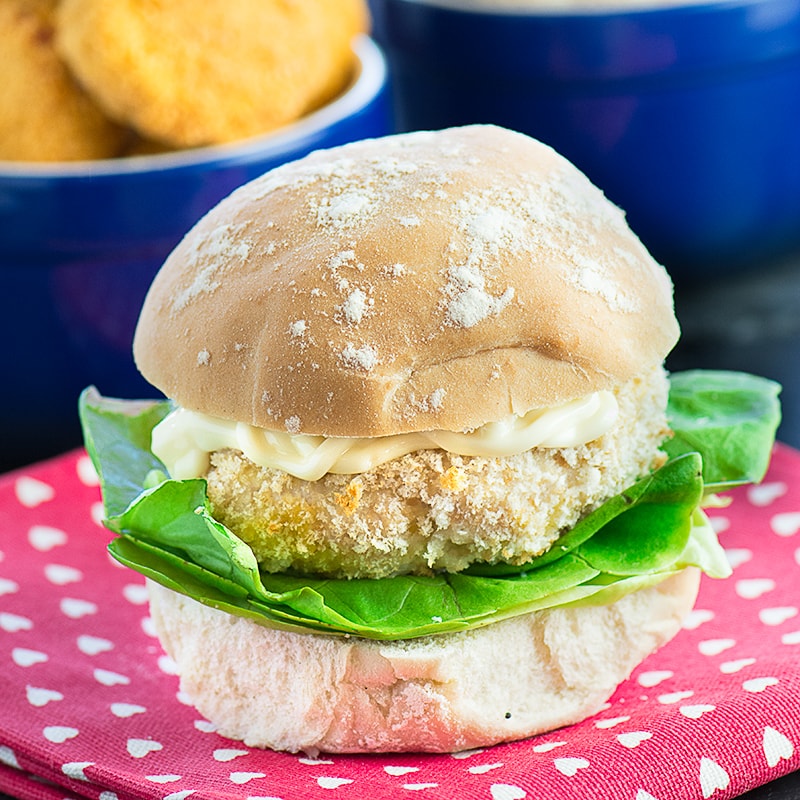 My two little ones are partial to a portion of chicken nuggets and chips. I’ve always been reluctant to buy them ready made as I’ve heard so many horror stories about what goes into them (although I’ve no idea whether the rumours are actually true). I have to admit that I spend a lot of my life living in blissful ignorance as to what goes into my food, but for some reason the chicken nuggets thing stuck.

So for a while now I’ve been making my own.

Whilst I tell the boys that I’ve made them chicken nuggets, they’re actually turkey (a shocking deception I know!). They taste very similar and turkey mince is cheaper and easier to come by. However, if you have some chicken mince then that would work just as well. 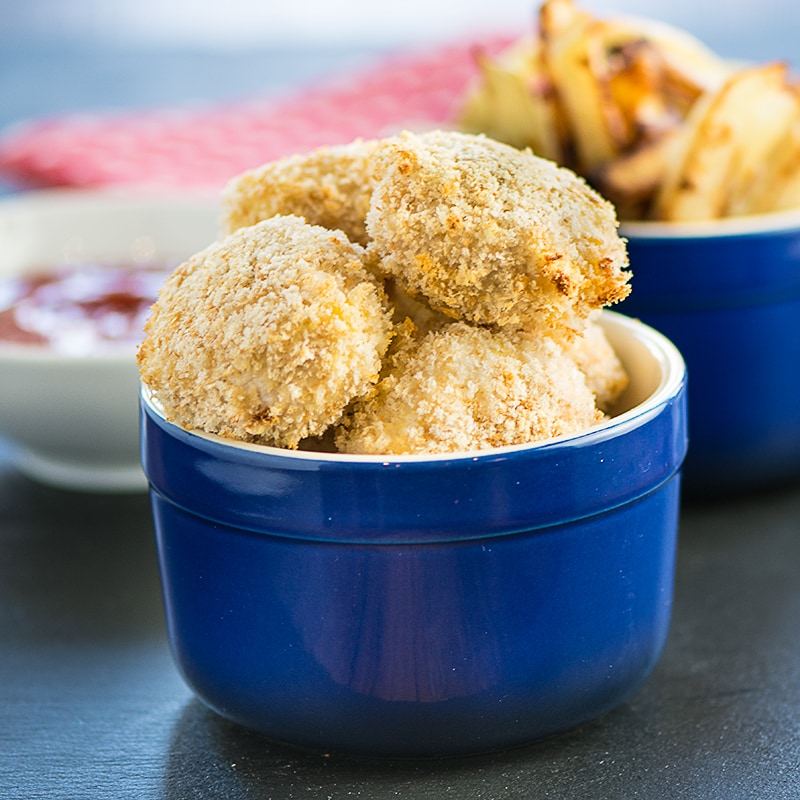 The huge advantage of making your own is that you know exactly what’s gone into them and if you’re at all worried about pre-minced meat (I’m not but I know some people are) then you can always ask your butcher to mince it for you while you’re there (or simply use the breast meat to make the nuggets). You can also use your own homemade bread for the breadcrumbs – I make these quickly and easily by popping a couple of slices of bread into my spice grinder.

I know a lot of nuggets these days are made from solid breast meat, but I’ve got into the habit of using mince to make my nuggets. The main reason initially was that for a long time after starting on solids Josh (who’s two) struggled to chew meat and therefore found these much easier to eat.

Another advantage is that if you’ve got fussy eaters who’ve seen round ones and reject your random shaped ones made from the breast meat because “they don’t look right”, you can form the mince into lovely round nuggets, or flowers… dinosaurs… an octopod (I haven’t suggested this idea to my little ones as they would probably go for it and I don’t think my turkey moulding skills are up to that standard).

I also choose to make them into turkey burgers for the grown ups, served in a bun with lettuce and homemade mayonnaise. 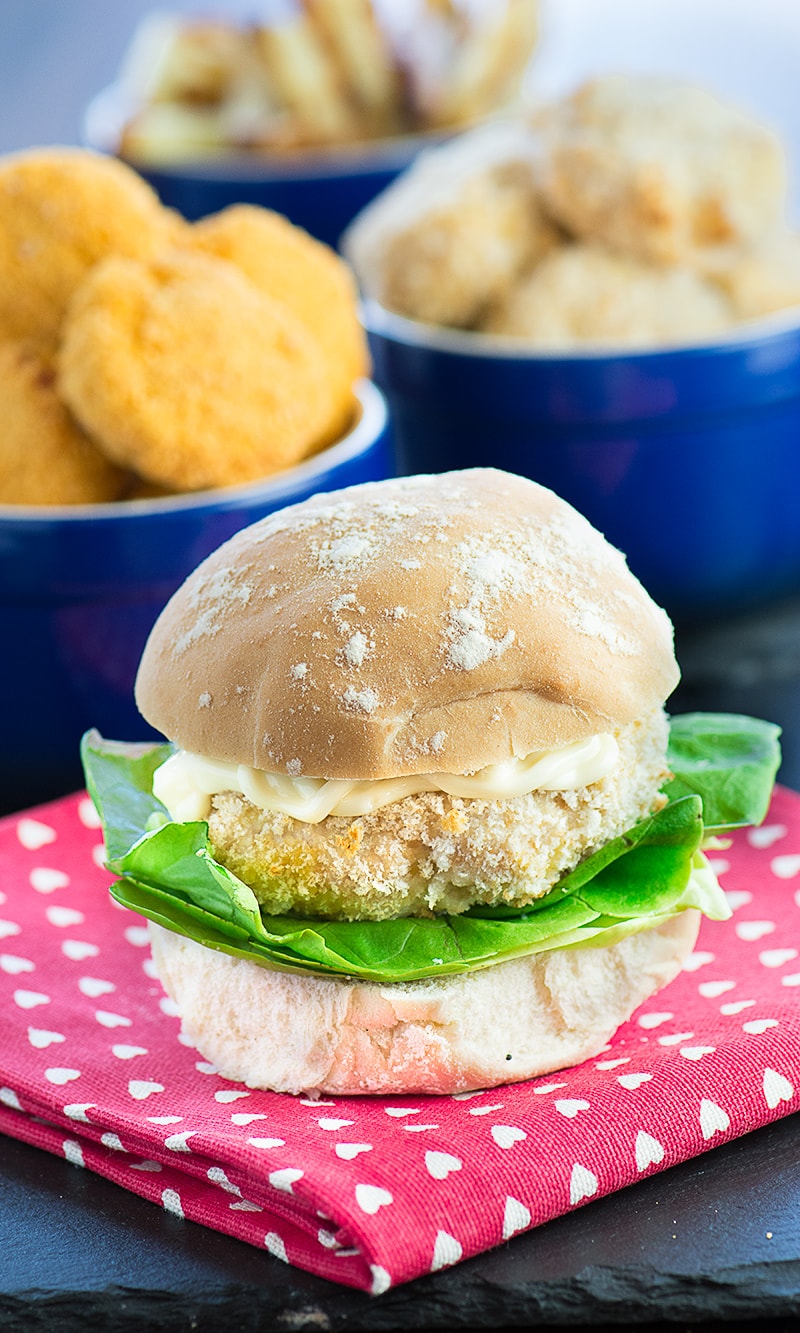 “But these nuggets don’t look right”

I have fussy eaters to cater for sometimes. Not the two year old, not the four year old. Actual picky adults. I served these nuggets to the boys and they were devoured without any complaint. Served to certain adults and I was told that they were too pale and didn’t look right.

I can see their point. A lot of chicken nuggets are deep fried which gives them their golden glow. Mine are oven baked which make them much healthier but does mean they look at little in need of a few weeks in the sunshine.

My solution to this was to invest in golden breadcrumbs. They’re now happy!

Personally I think that using the golden breadcrumbs somewhat defeats the point of making your own so you know what’s in them as they’ve got a few preservatives and colours in. However, I’ll make lovely pale ones for me and the boys and golden ones for the fussy eaters. 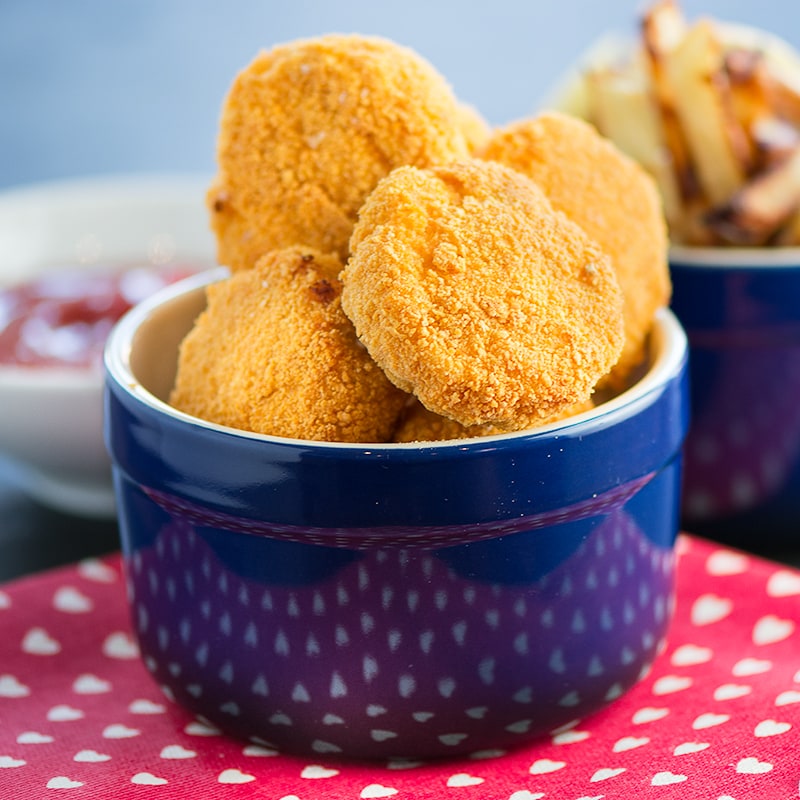 Teaching my little ones to cook

I’m keen that my boys grow up able to fend for themselves and one of the key parts of that is being able to cook. I find that baking cakes and cookies is great as it’s all about mixing the ingredients with no need for hot pans and sharp knives. However, whilst cake making is fun (and they certainly enjoy the results) it’s not exactly teaching them how to cook healthy dinners.

Making these nuggets is a great alternative to baking. It’s a mucky job (at least it is when you involve children) and you get to have fun shaping the nuggets, dipping them into the egg, and then rolling them around in the breadcrumbs. The only (huge) word of caution I’d say is that you’ve got to be happy that your child is old enough to understand that they can’t touch other things or put their fingers in their mouths while they’re cooking as they’re handling raw poultry. Also, make sure you give their hands a thorough wash afterwards. 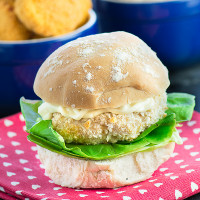 The ingredients for this recipe are commonly available free from all these allergens. However, please ensure you double-check allergen information for all ingredients.