My take on the traditional Maltese figolli biscuit – Lemon and orange blossom biscuits sandwiched with a delicious almond filling. 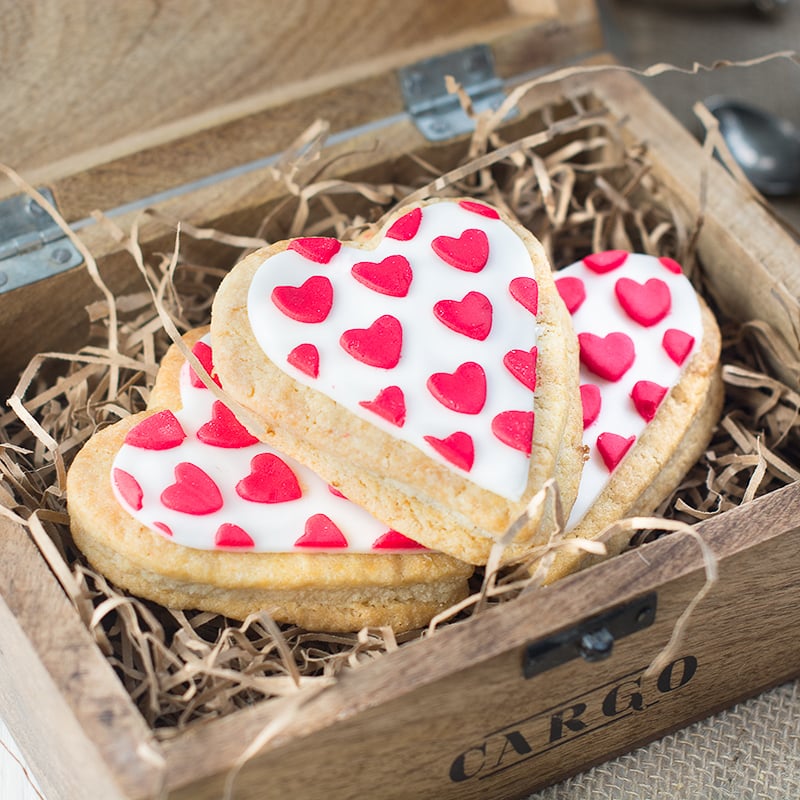 Ten years ago today I got married (well, it was actually 10 years ago yesterday, but I’m not sure I would have made it to 11 if I’d spent the evening blogging rather than having a bit of quality time with my hubby!) and we went off for a relaxing 10 days on honeymoon to Malta.

To celebrate our anniversary, I just loved the idea of making a traditional Maltese dish. Unfortunately whilst we were there (and the two other times we’ve been) I didn’t try a great deal of Maltese food, just whatever was being served at the all-you-can-eat buffet at our hotel and the occasional pizza at a cafe along the seafront. Thank goodness for google. I had a quick search and immediately settled on making some Maltese figolli biscuits. 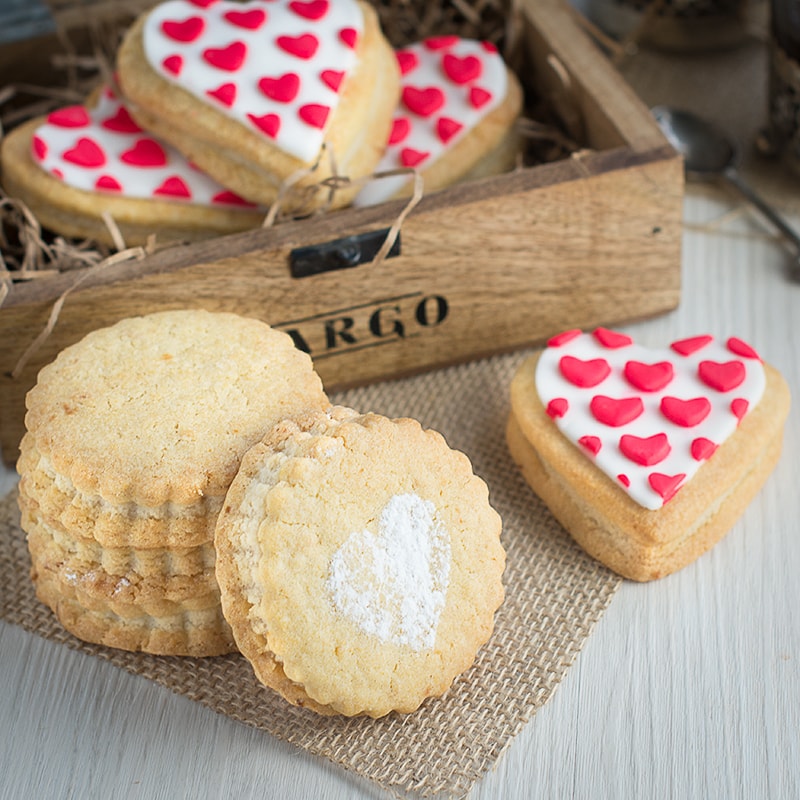 Now, if you’ve heard of maltese figolli biscuits before then you’ll know that you’re actually supposed to eat them at Easter. But the general consensus on the sites I looked at online was that they’re so nice then you should eat them at any time of year, and I’m inclined to agree.

If you’ve not heard of them before, then they’re basically two biscuits flavoured with lemon zest and orange blossom water (although sometimes the orange blossom water goes into the filling) and then baked with an almond filling (a bit like marzipan). Traditionally they’re then decorated with royal icing, and if you’re having one at Easter, a chocolate egg is stuck on the top (I will be trying this at Easter!). 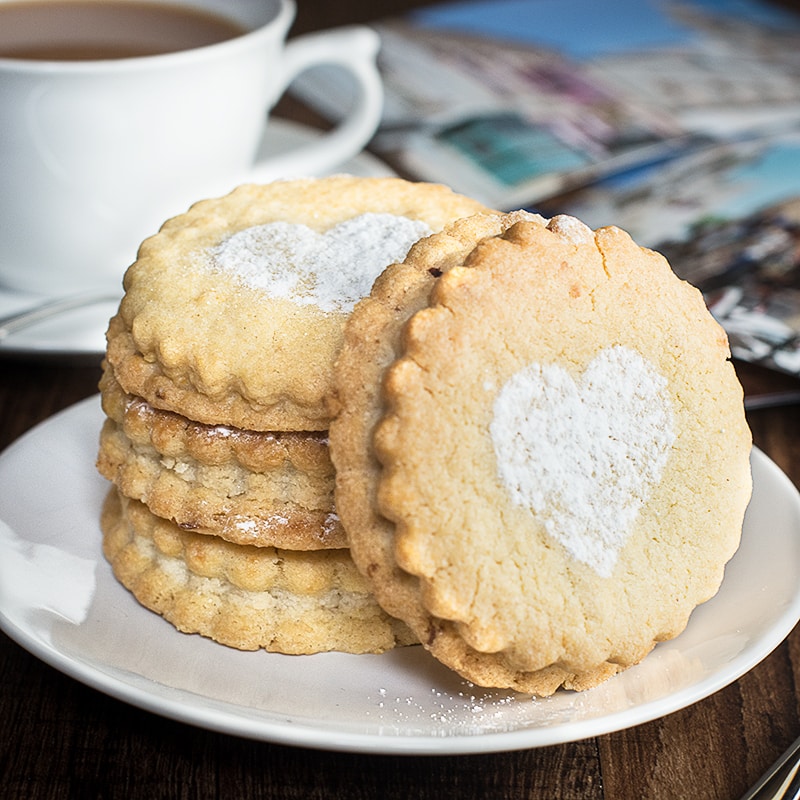 Part of the tradition of making figolli biscuits is that it’s a bit of a family activity. Everyone can get involved in decorating their own special biscuits, so I thought I’d get the boys involved and see what they could create…

Their biscuit decorating skills may need a little more practice, but we had a lot of fun making them. 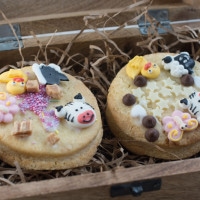 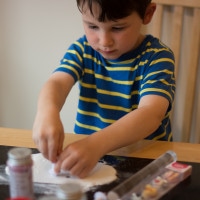 Personally I prefer to eat them without the icing, so I left it out of the recipe below (especially as I cheated on mine and stuck right in my comfort zone of using fondant rather than royal icing). 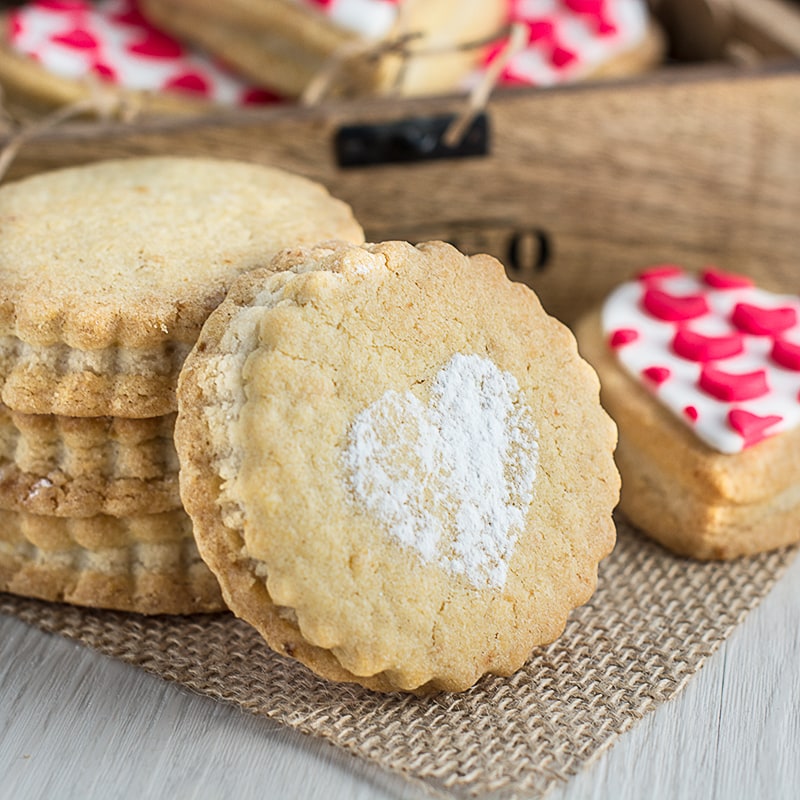 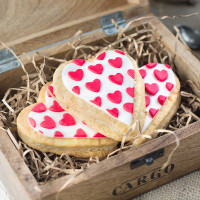 For the almond filling

I've written the recipe to make 16 biscuits, but the exact number it will make depends on your choice of biscuit cutter. I had a little trouble finding the orange blossom water locally and ordered mine online. It's a traditional flavouring for these biscuits and has a lovely subtle flavour so I wanted to include it but if you can't get hold of any then these biscuits still taste good without it. You’ll notice that the biscuits use more egg yolk than white. Egg whites freeze really well, so simply pop them into an airtight container/bag to use another day for some meringues, chocolate mousse, or maybe even some fortune cookies!
WANT TO HEAR ABOUT NEW RECIPES FIRST?SUBSCRIBE to the Charlotte's Lively Kitchen Mailing List

END_OF_DOCUMENT_TOKEN_TO_BE_REPLACED 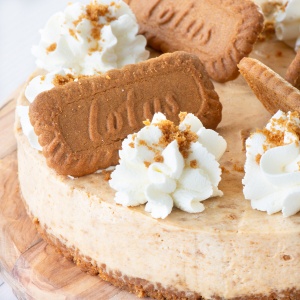